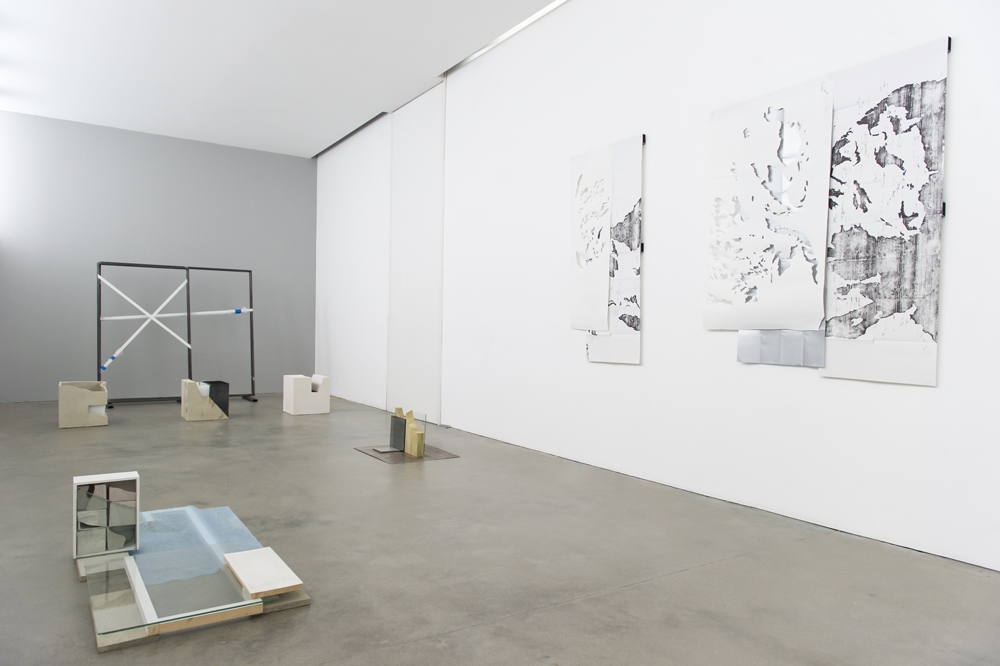 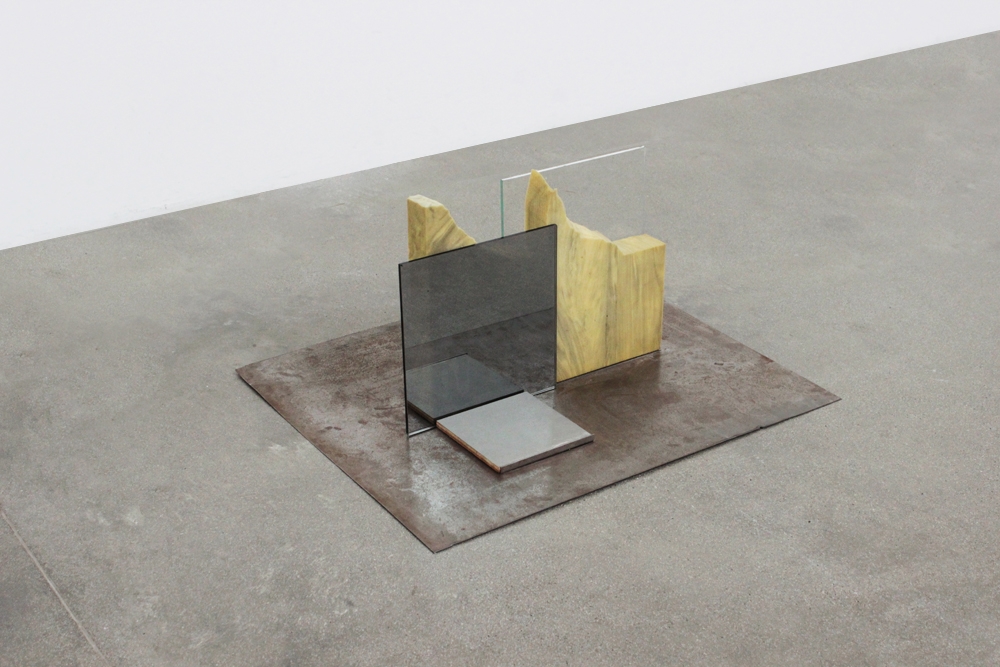 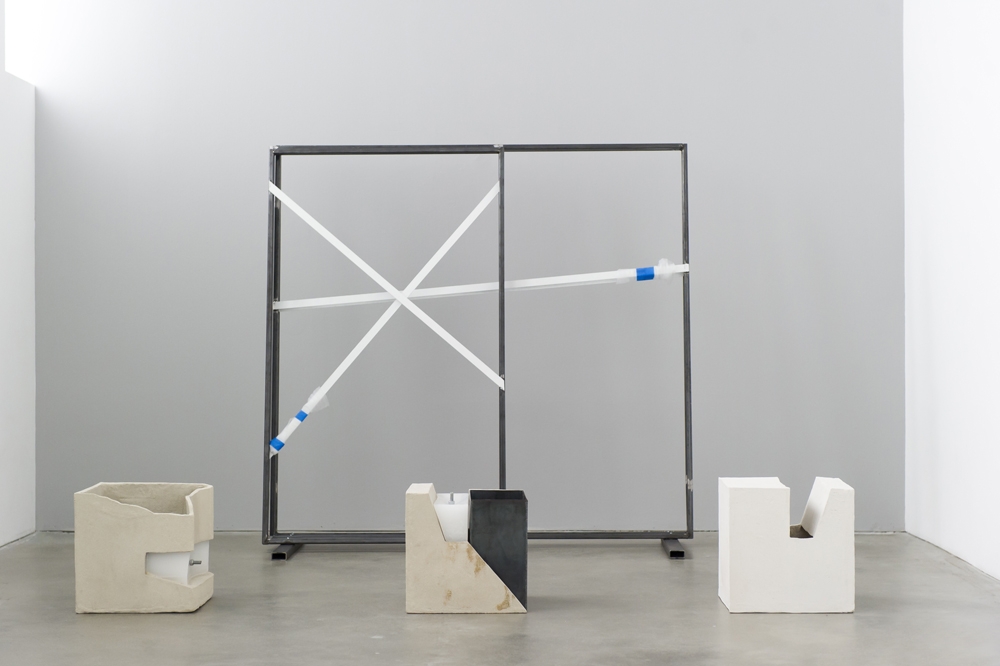 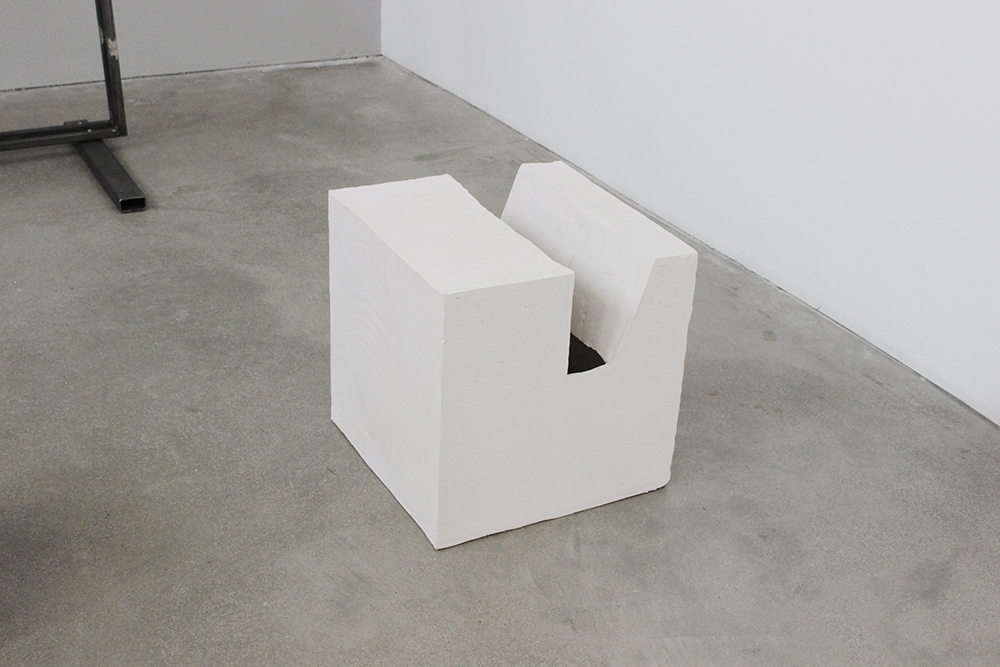 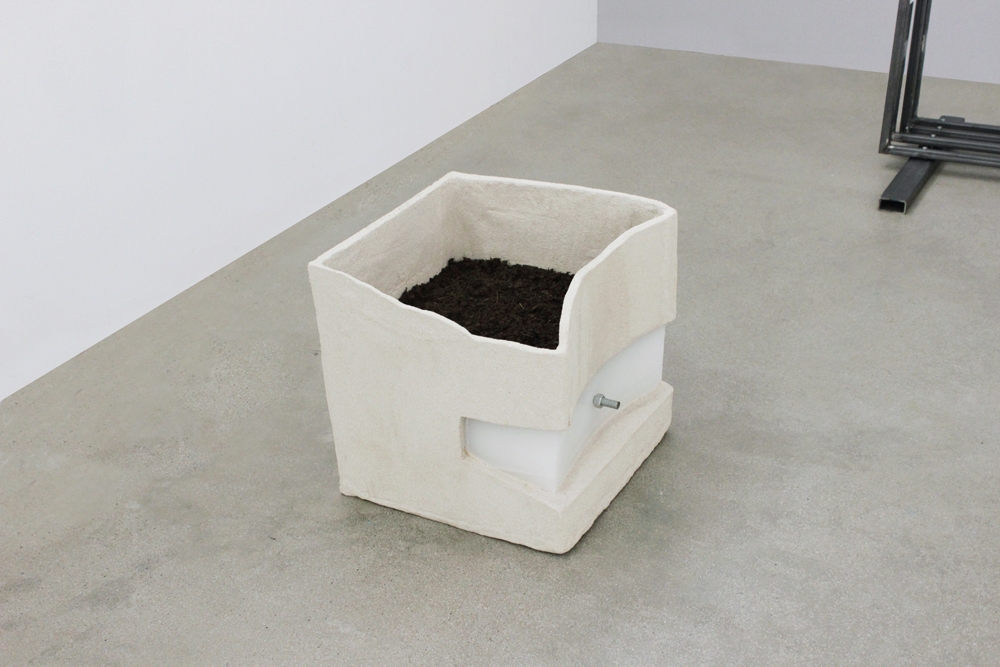 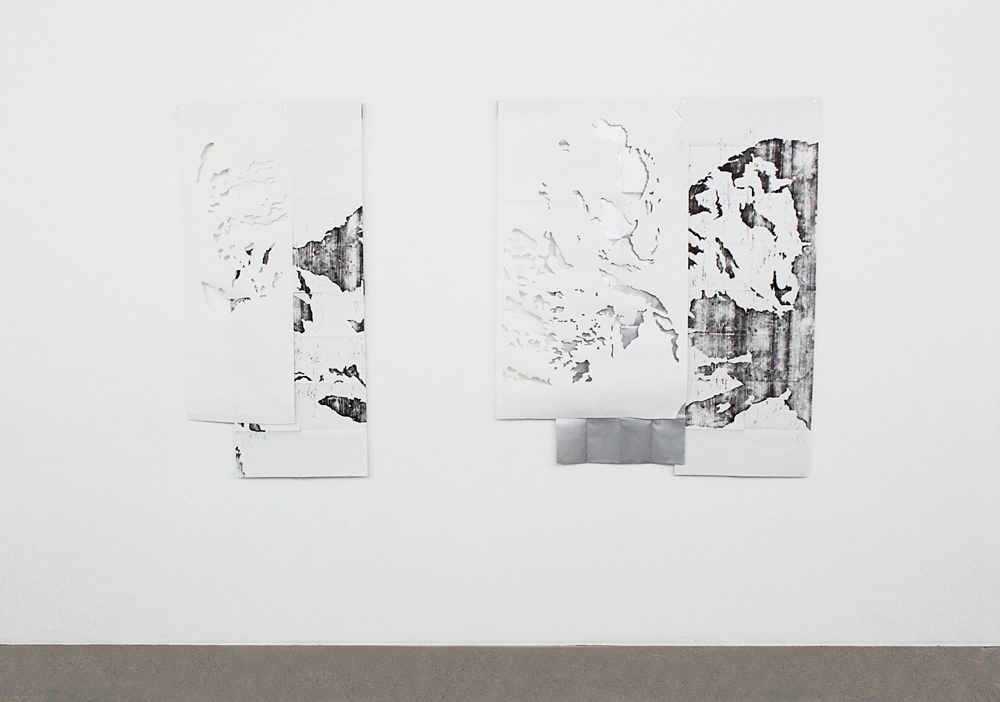 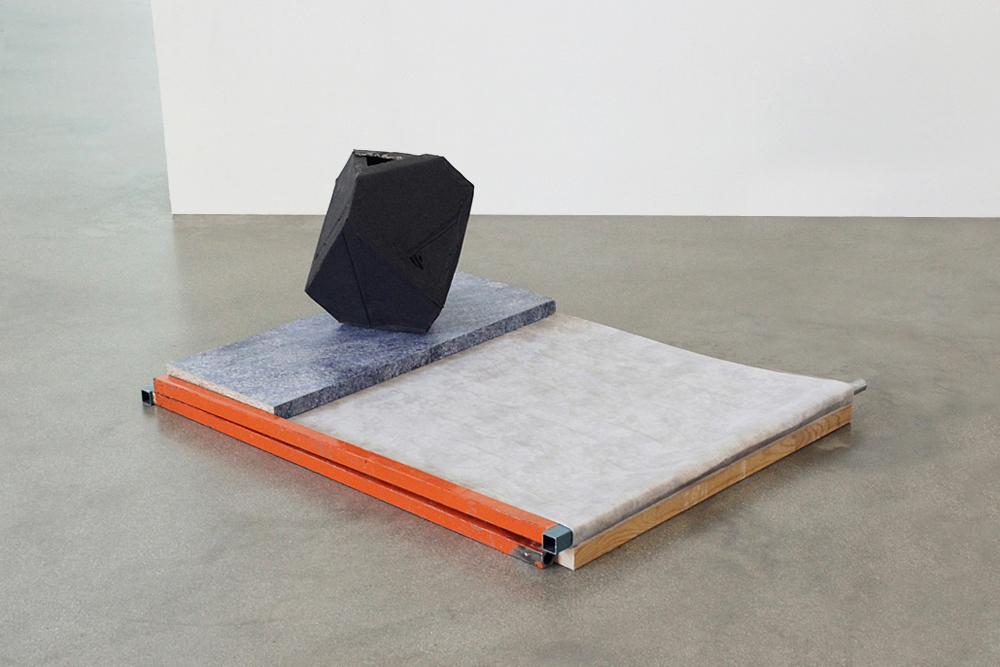 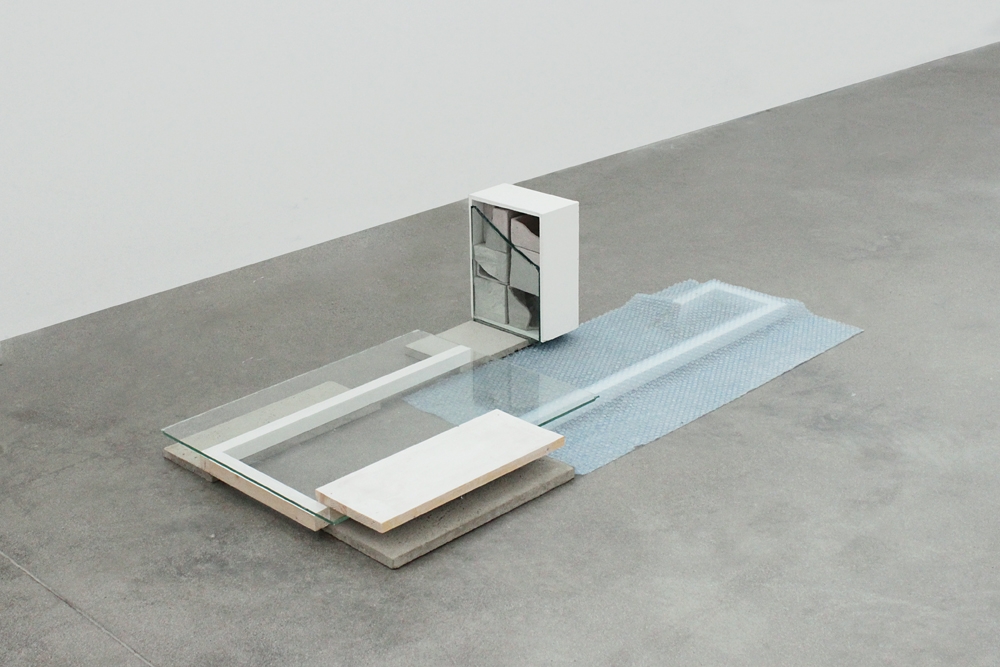 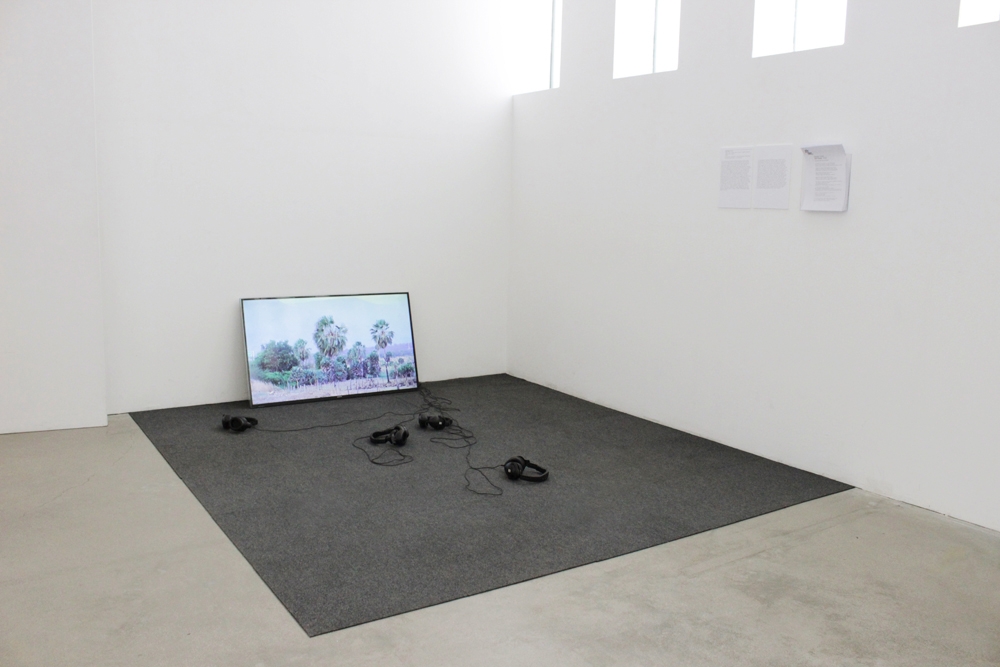 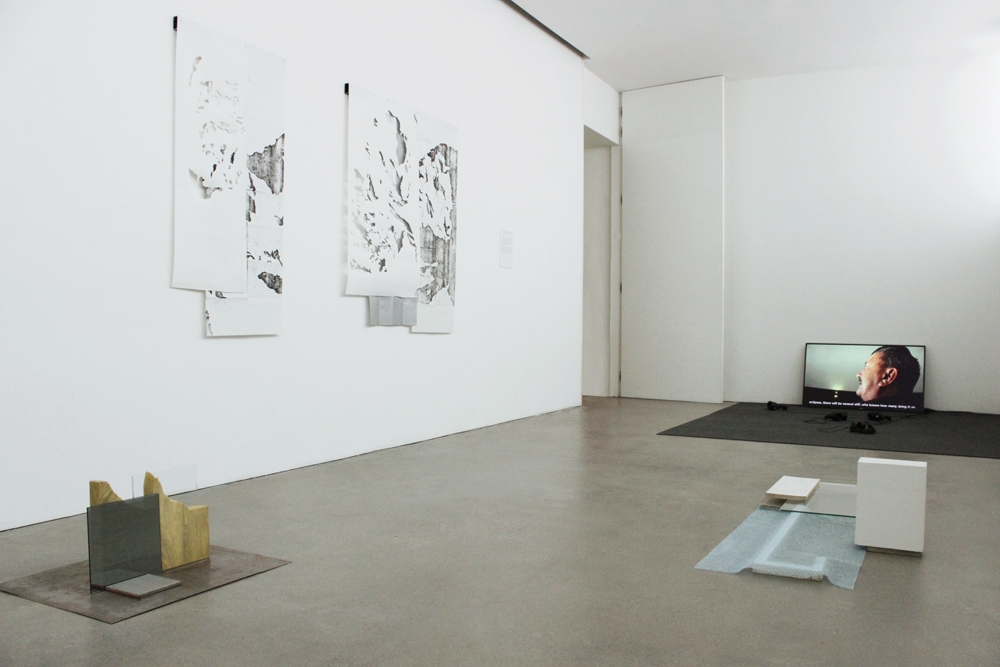 The work selection presented in the show documents the ideological issues tackled by the artist in his exploration of the modern heritage, which he sees as declining. He talks about time, our time, as a suspended temporal dimension where skepticism seems to be the strongest conviction. Daniel Frota retrospectively focuses on specific events and references of in the 20th Century history of science, architecture, literature and art, using verbal language as the thread that interweaves all the elements in the exhibition.

Frota is interested in the notion of ucronia in relation to the crisis of modern thought. A subgenre of sci-fi literature, ucronia relies on the possibility to change an event in the past, and consequently to recreate a new, fictional present: the works on view all share this status as re-creations. In his sculptures and videos, Daniel Frota concentrates on the difference between history and stories: what happens to our designs when their ideologies fade away? What are ruins but nothing more than projects getting closer to their original floorplan configuration?

In linguistics, there is a term that describes a group of verbal moods used in situations of contingency and unpredictability. The term is irrealis mood, a set of grammatical ‘states of mind’ that includes, for instance, the subjunctive mood, which allows speakers to predicate something about things unknown, as yet unconfirmed, or unverifiable. It allows speakers to talk about their intentions and wishes, and it is on account of this ability that the artist has chosen this expression as the title of his solo exhibition.