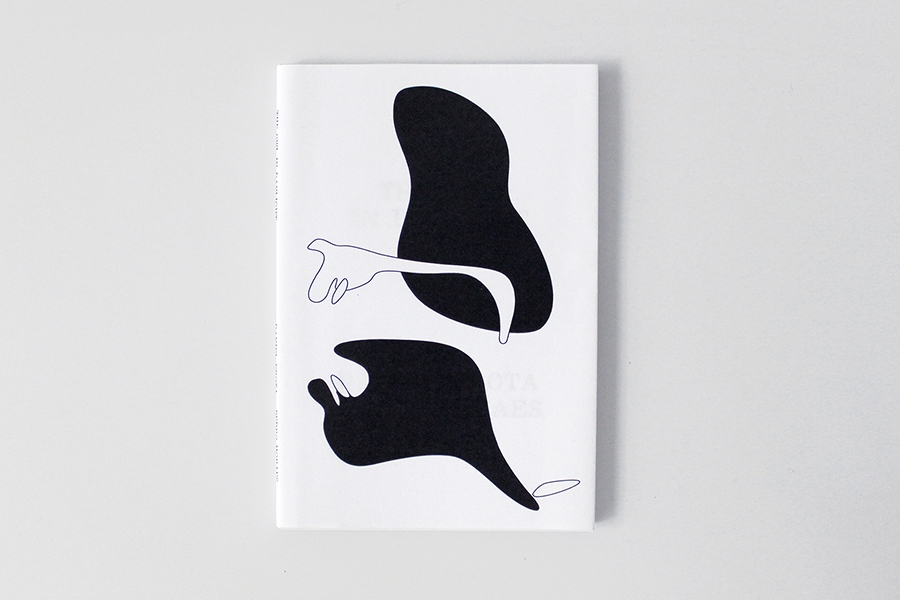 The Owl in Daylight is originally the title of an unwritten book by Philip K. Dick. Having passed away during its process, the author had previously confessed the impossibility of its writing. The narrator would come from a place where there is no atmosphere, and having no sound whatsoever, speech has never been developed. Instead of words and verbal communication, telepathy and colors.

The publication is a script for a performance that begins from this translation deadlock imposed by linguistic horizons. A dialogue is read and communication is mainly stablished through disturbances in the air of the room, where performers, audience and objects rest. Language becomes inevitably poetic, despite the attempts of technical descriptions.

Written and designed by Pedro Moraes and Daniel Frota. 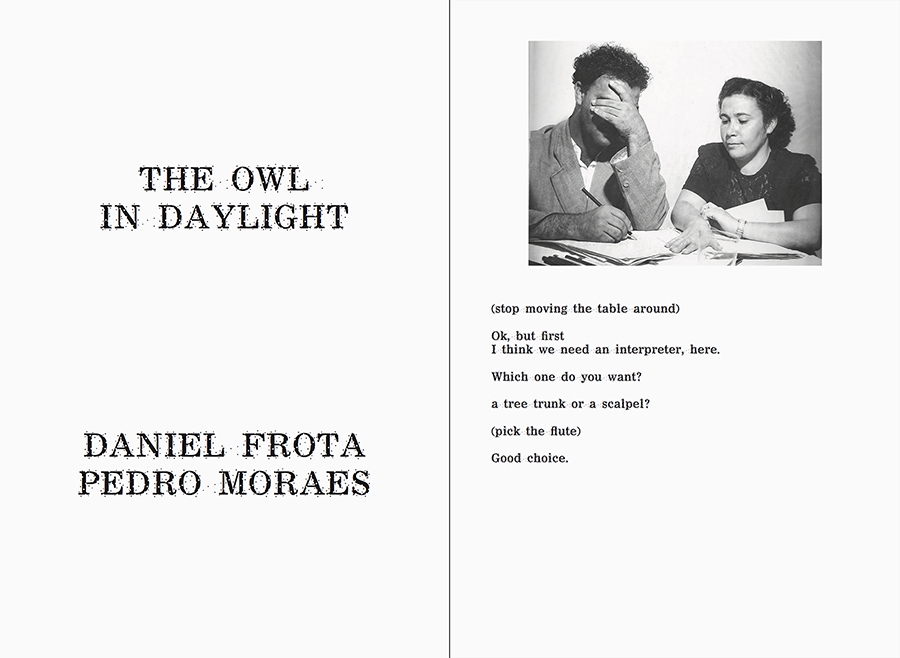 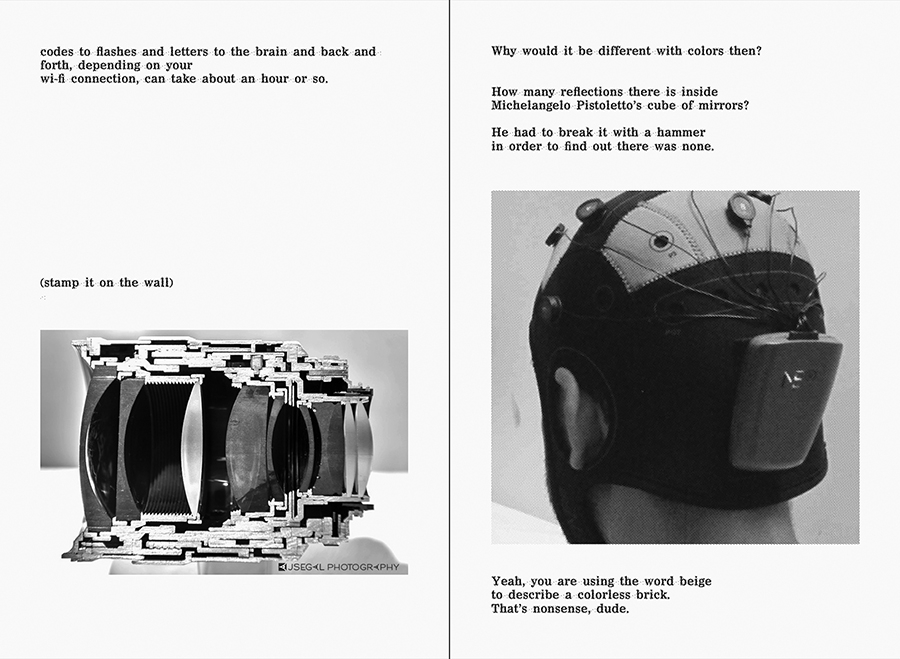 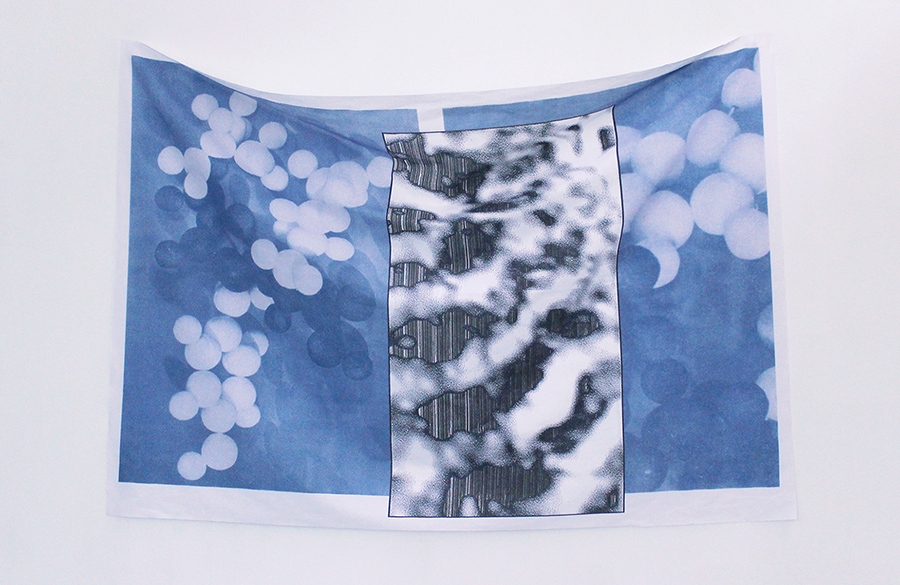 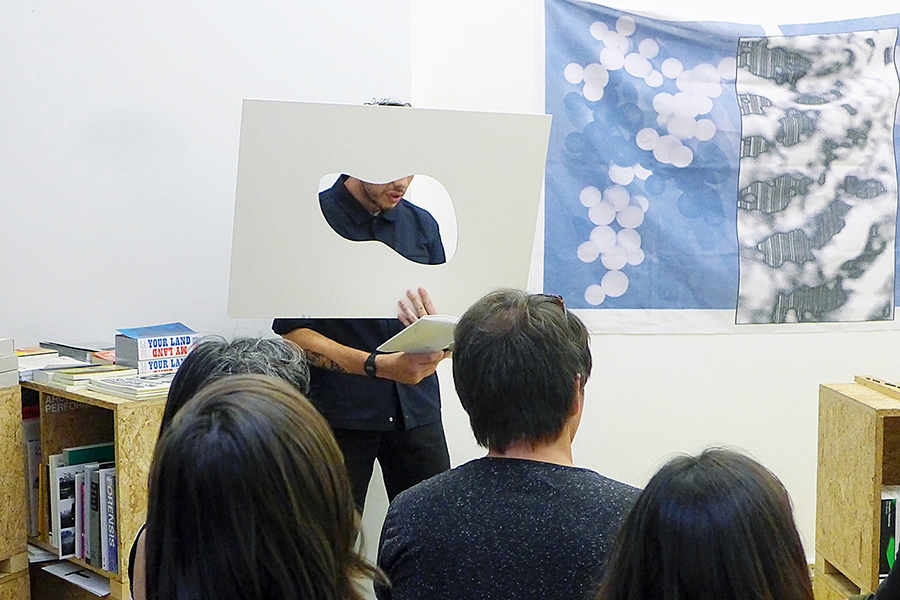 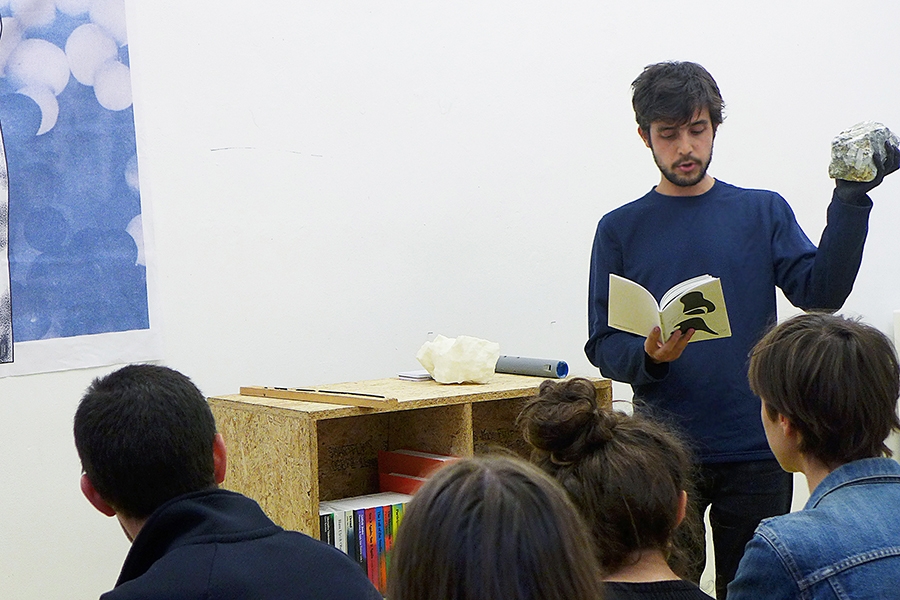